You’d have to be living under a rock in the middle of nowhere to have no idea or opinions about online dating so I’m curious as to what you think (because obviously you’re not under a rock).    I did the online dating thing myself years ago, after Number One but before Number Two.  At that time, online dating was relatively new and the only common site was what is now Match.com.  (At that time it was Love@Aol.com)  There were dating services, of course.  One of my girlfriends tried out It’s Just Lunch and while she didn’t meet her soulmate or love match, she met a few nice people.  It was an interesting concept – – you pay a fee for something like six dates, you flip through a book of “potentials” and make your selection.  The service or agency contacts that person to see if he or she is interested and if so, you meet for lunch . . . hence, the name.  Kind of like eHarmony without the online presence but with food.

I didn’t meet my love match doing the online thing either but I did meet some interesting people and I did date one of them for a few months.  We should have remained friends and not tried the romance thing but that’s another story.

Hello, I’m a douche who uses online dating to get laid. Nice to meet you.

I’ve been watching The Online Dating Rituals of the American Male on Bravo (because I am totally Bravo’s bitch but yet another story) and I’m both fascinated and horrified.  It’s like a televised train wreck that you can’t avert your eyes from.  If Lindsay Lohen was part of this, it would be trashy gold.   If this show is representative of what’s out there, we’re all doomed.  One guy (can’t call him a man but a douche would certainly be fitting) uses online dating to get laid.  He’s online 24/7 (thank goodness he works for Daddy) and books at least two dates a night to cover all his bases.  He suggests specifically looking for overweight women or women who used to be overweight because they have self-esteem issues and are much easier to get into bed.    Another one was dumped by his girlfriend five years ago and it so traumatized him, now he’s an asshole.  He wants very young women (think 21) who are physically perfect but they don’t need anything going on mentally because he wants to mold them anyhow.  Their kneecaps better not be too big and their breasts and waists had better be in perfect proportion.The show has only aired twice, so far, and these are the douchier candidates.  I will say the “nice guy” in the first episode did seem exactly that and the “nice guy” in the second one seemed okay, albeit high on dorky pills.  But is this reality?  Or are they simply reality “stars” who are playing a part?

I’ve also read that something like 79% of the males that are online on these sites are actually already married or in relationships.  If true, online dating is this era’s version of the dive bar.    One of my girlfriends questioned where we are supposed to meet men if not online?

It’s a depressing thought, isn’t it?  Is online our only option?  What do you do if you’re a nice, attractive woman over 40 who either isn’t trophy wife material (or doesn’t have the desire) and/or is out of the childbearing/rearing arena?

So give me some love, friends, and tell me what you think.  Is online dating for you?  Have you met anyone worthwhile or is it just a scam?   Is it worth participating in or are you just setting yourself up for hurt or embarrassment?   I’m listening . . .

Bravo is airing a new show tonight called Online Dating Rituals of the American Male – – it follows several men around who participate in online dating.  Will you be watching?

I certainly will.  I think it will be fascinating to see the online dating world from the male perspective, if it’s truthful.  Will it be funny?  Maybe.  Will it be scary?  Most likely.  But I’m still in. 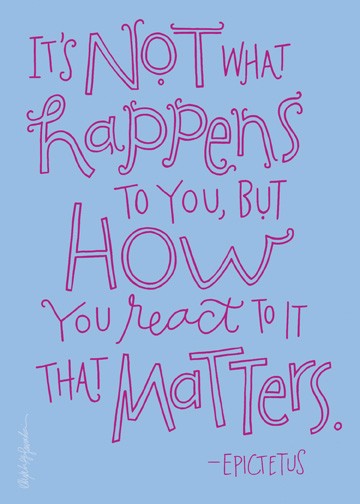